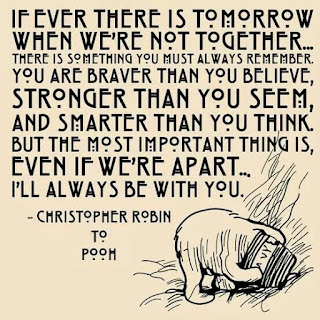 This weekend some time was spent in an effort to catch up on  recorded TV programs.  One of the programs NCIS ( I have no idea which episode) did the story line of a young officer dying from cancer who needed closure to an unanswered question.  The story plays out and some characters are okay being in the presence of one who is dying, others struggle.  Towards the end of the program the NCIS agent who struggled being with this dying officer comes to see her and they have a wonderful conversation.  It is during this conversation that the young officer gives the NCIS agent a momento.  "This" she says "is not to remember me by when I am dead, this is so I will remember you."

This line has remained lodged in my mind since watching this program and while I mull it over and over I can't help but think of the beauty of that statement and sentiment.  It means that those momentos that once seemed so cumbersome to have to keep (but that I can't give away because so and so gave it to me) have a new meaning.  Each of the items that have been gifted by people, some living and some dead, have a significance attached to them already but to look at them in a whole new light seems to make the item even more of a treasure.

This reference as also made me a bit melancholy as I think about one of the last conversations I had with my Dad before he died.  We were sitting together in the ICU unit and talking about his immiment death.  I told him that the worst part was that I would miss him so very much,  He reached out and patted my hand and then tapped my hand so I would look to read his lips as he mouthed the words that he would always be with me, I will be no further away than your heart.  Yes, we also cried together and has difficult as that conversation was it still gives me great comfort nearly twenty years later.  Are there momentos?  Yes of course there are! and until this weekend I lived under the impression that it was a token to remember him by (and others) but now maybe, just maybe it might be so that he will also remember me! 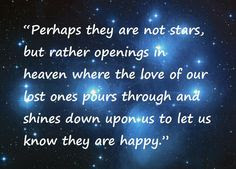 Posted by Paths toexplore at 19:55