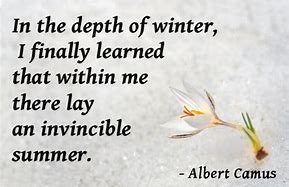 Losses throughout our lives are inevitable.  Unwelcome usually, but inevitable.  The loss we experience however significant or insignificant changes us.  The change is sometimes hardly noticed and at other times quite profound.  Every loss affects us.  When we experience a loss it means that adjustments in our lives have to be made.

In a conversation with someone a few days ago I made the comment that June and July had been terrible months.  First one car died, then the dog and then my much loved but old Jetta kicked the can. The result, the first time in many years we had to go car shopping.  A minor adjustment.  The death of a much loved pet meant far bigger adjustments in a house where there have been two furry critters for many years.  While we all grieved we  also had to get on with decision making, work and life in general.  Time moved forward and willingly or not we were dragged along with it.

The pattern of our days took on a slightly different rhythm and the fabric of our lives has been forever changed. As clergy, loss is not something new in our household.  We take that walk numerous ways and often with various people.  One thing that is always noted is that the experience changes everyone.  Our life pattern is inextricably changed.  Sometimes our fabric is changed and we learn slowly to walk again.

I have been asked many questions through the years about what I thought about death.  One particular conversation still travels with me.  I was visiting the hospital to see a friend.  In the bed next to him was a gentleman and I thought little of it.  The man struck up a conversation and eventually said you don’t remember me do you?  I confess I hate that question, it’s like a big bag of tricks and loaded with trouble.  I couldn’t (perhaps wouldn’t is a better word choice) lie to him.  So I told him no, I did not.  He proceeded to tell me who he was and how I would know him.  We chatted a little longer.  I knew he was gravely ill so we prayed together.  As I was leaving he said “when I’m back home from my treatment and feeling stronger I will see you in church.”  To be honest I have heard that many times and did not put much credence in it but replied, “I will be there and you will be most welcome.” I did not give much thought to the conversation.  Many months later at the Easter sunrise service we had a lovely turn out of the regular congregants and a couple of visitors.  Following the service I welcomed them with us, told them there  was a fabulous breakfast in the hall and made sure they knew they were welcome to come and join us.  Much to my embarrassment the man said “you’ve forgotten me!”  Horror or horrors, I took a closer look and realized that we had indeed met before.  He was looking much better, had gained a few pounds and held up to his promise to come and see me.

Despite my faux pas it was the beginning of a lovely pastoral relationship.  His cancer was not cured but he was afforded some additional time.  He became a regular attendant to the church  and became a part of the community.  Inevitably the day came when he went missing from the congregation again, the cancer had reared its ugly head again and he was palliative.  It was on one of my visits with him that he asked, “do you think it is better to have a slow death or a fast one where it’s all over in a blink?”  A tough question but knowing his struggles in life and with his partner and several of his children present I knew the answer was extremely important to him and to them.  I told him “both have their merits.  The person with the prolonged death can see it has an opportunity, or gift.”  He laughed sarcastically and said “really, this is a gift?”  I replied “yes.”  “It is a gift because if there are things you need to say to the people that you love, reconciling that you need to do then this is the time to do it.  A quick death would rob you of that opportunity and the opportunity to set things right.”  He thanked me for my candid answer and endeavoured to see it in such a way.  He died peacefully several days later.

The fabric of my life changed for having known him and shared in that most difficult journey that he had to undertake.  Life experiences whether that strong or not invariably change us.  We learn from the people who enter our lives, we mourn those that we lose and we weave different patterns for each experience.  We are forever marked because they have been a part of us whether it is for a long time or a brief period.  Now years later I still think of that conversation, remember my friend with a smile and know that he changed me by allowing me to walk with him.  And for that new pattern in my fabric I am forever thankful.
Posted by Paths toexplore at 15:24