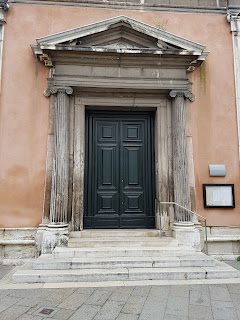 Nearly two years ago the planning began for the trip we are currently taking.  It all started while my DH and I sat in the Sistine Chapel in Rome and I asked him if he knew what I wanted to do in two years when I would have a couple of significant anniversaries to celebrate.  His immediate response was "to come back here."

So nearly two years have passed and we are back in Italy, more specifically Venice, and those anniversaries are looming  on the horizon.  I keep thinking where have the twenty five years gone and how did I get this old?  I recently had that conversation with my Mom who said "you can't believe it, just imagine how I feel!"  It doesn't seem like so much time has passed.
So to mark these anniversaries my DH and I, along with long time friends, are travelling for the next three weeks and exploring beautiful Europe.  It promises to be a fun time with lots of beautiful memories made.

So back to Venice.  It has been a cloudy day with the scattered bit of rain and chilly with the wind blowing.  Despite the lack of sun shining we were not deterred from walking and exploring the canal streets and alleys.  We even bought a three day bus pass to ride the canals at our leisure.

We finished the day off with a tour called Secret Venice by Night.  The description of the tour sure built up my hopes for a thrilling and informative evening.  But alas I was considerably disappointed.  The description was much more exciting sounding that it actually was and there were several highlights that the guide did not mention at all.  The tour did finish with a Gondola ride, fun but uncomfortable as you basically had to squat for thirty minutes on the very low seats.  These things are made for two not the six people that were crammed in.   I'm sorry to sound like a fuss pot but somehow I expected more.

Despite my disappointment  we did have a lot of fun.  Took a few detours  (yes we got lost) but that is all part of the fun.  So here are a few pics of today's exploration and wandering through Venice. 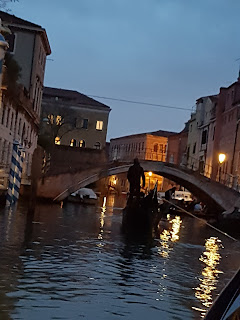 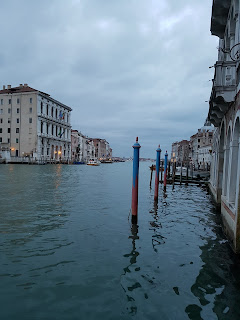 On the Grand Canal 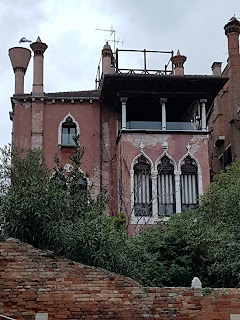 CaDario House, supposedly haunted.  All of its owners have come to a bad end 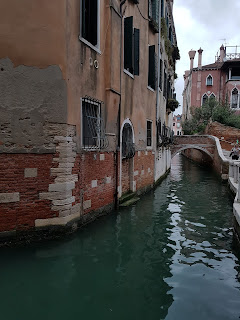 A little bridge to take you across the canal 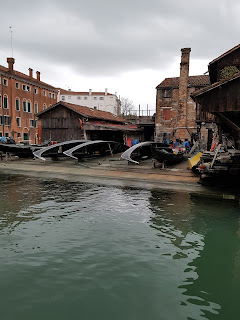 The Gondola shop where gondola are hand made.  They were originally the limousines of the rich merchants 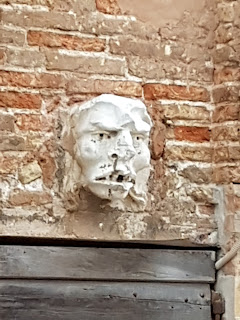 Above ones door you should have a face as frightening as this to ward off ghosts.  Or you could kiss her and see if it is really a princess! 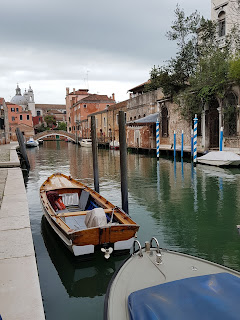 The canals are quiet this evening 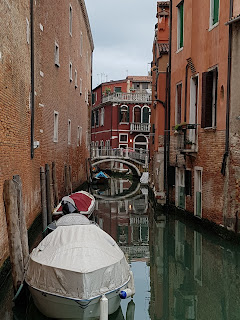 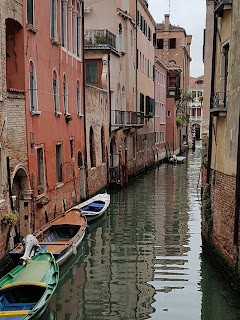 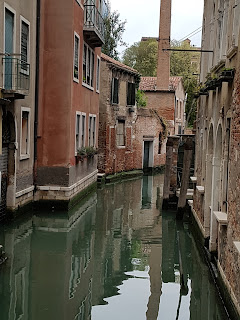 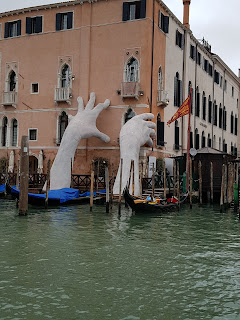 Hands reaching out to hold this place up 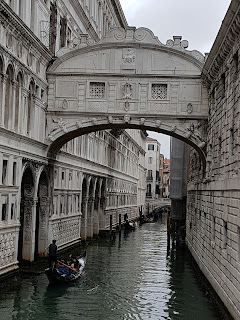 A gondalier taking people through the canals.

Posted by Paths toexplore at 15:00