Let me paint you a picture... 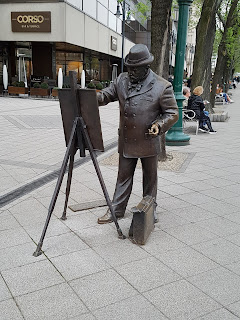 
Where do I begin?  We arrived in Budapest two days ago and it has been non stop.  There is so much to do in a few days.  The city is awesome.  We were all commenting that with so many people around the city is amazingly clean.

Yesterday we walked, a lot.  Explored the waterfront along the Danube and looked at Buda from the Pest side (today we looked at Pest from the Buda side).  Pest tends to be more flat plains and Buda has more mountains.  We stumbled upon a local market and experienced Budapest by day and by Night with a pub crawl.  Five pubs in four hours finishing with a forty five minute power drinking time.  Consume as much as possible in 45 minutes.  We were no competition for the twenty year olds who were on the tour with us!  But it sure was a great deal of fun.   We ended at the bar we started in.  When we started at 9 pm there was hardly anyone in the bar but by the time we returned there at midnight the place was packed and apparently stays open to greet the dawn ... We were not there to greet the dawn!  We caught a cab back to the hotel and called it a night about 2 am!  With all if the walking we had done we were  exhausted and decided that today we would have a later start.  Sounds good in theory and yes we had a later start.  My friend just commented that it was a good thing we were late starting out we were on the go for eight hours!

We hopped the local transit  (trolley). Lunch was Shawarma at a curbside cafe (vegetarian option for me) then walking and exploring continued.  We went across the Bridge of Chains, took a tram up the mountainside and explored the sites.  We saw the Castle, the Fishermams Bastion, St. Mattias Church just to name a few of the things we did.  The sights were breath taking.

At approximately 6 pm the various bells across the city began to ring.  So added to the views that we had before us to enjoy was the pleasing sound of the bells.  There is always something pleasing to my ear when I hear the bells ring.  I most certainly always remember in that moment to pause and to offer a prayer of thanks for so many opportunities.

Enjoy the glimpses of Budapest.  There will be more pictures in this blog since I did not have an opportunity to write anything yesterday. 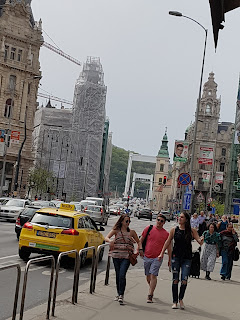 The streets of Budapest 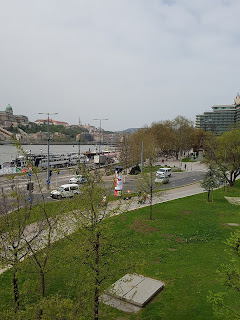 A view of the waterfront 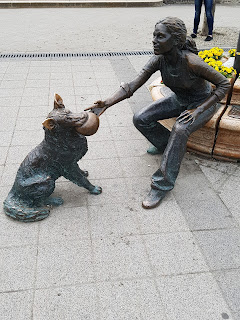 You will see statues at various places, here is a girl playing fetch with her dog.  I couldn't resist 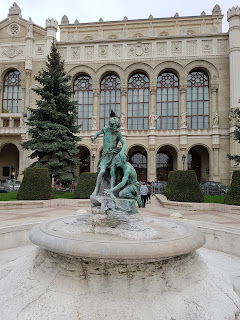 Another statue in what was purported to be the top place to take a selfie!  Yes I took the selfie 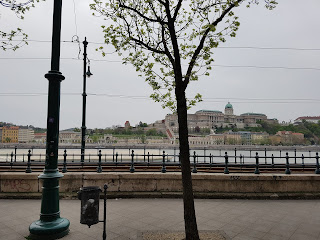 View along the Danube 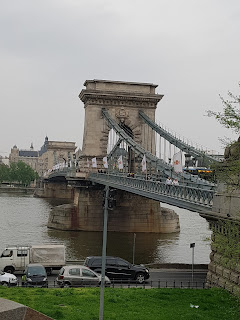 One of the many bridges connecting the two sides 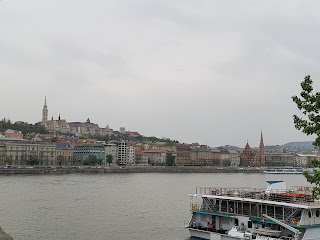 Looking over at the Pest side 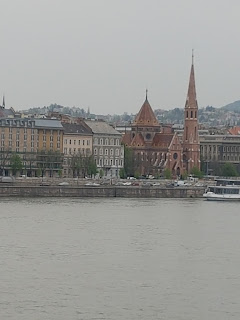 Pictures do not do justice to the spectacular views offered here 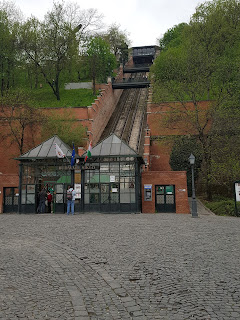 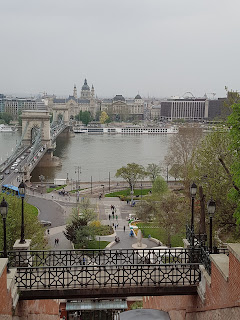 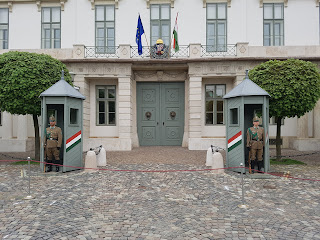 The guards in front of the ministry of defense building.  We watched the changing of the guard.  Their precision was amazing 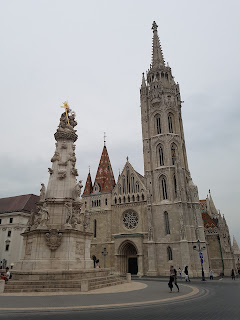 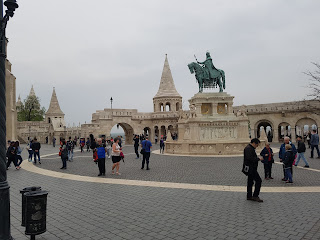 The Fisherman Bastion,  the wall that surrounds the church 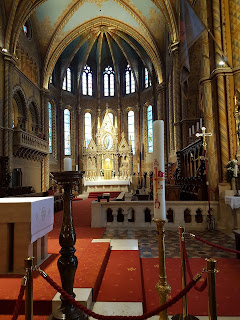 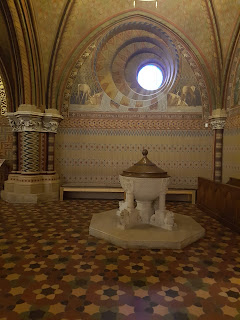 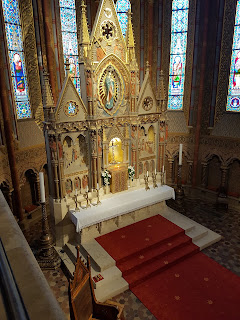 One of the chapels as we looked down from the gallery 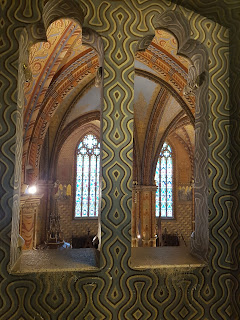 Looking straight ahead from the gallery to the stained glass 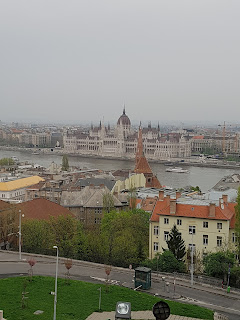 Back outside looking at the Parliament building across the river 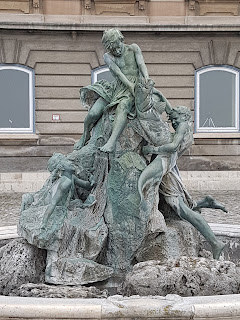 A statue in the court of the Castle 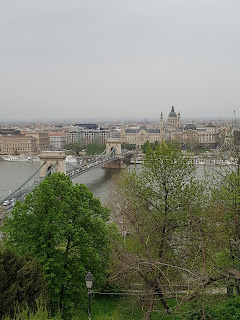 The view from the Castle yard 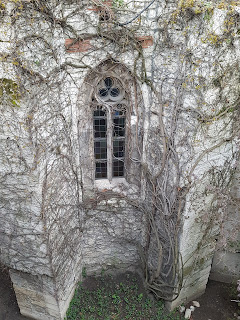 Dracula was captured by King Mattais and kept in the dungeon of the Castle.. .. I wonder if this could have been his room???? 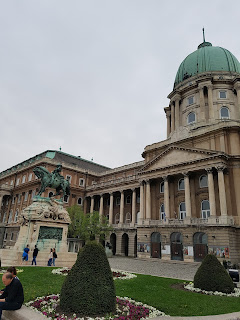 A tiny part of the castle 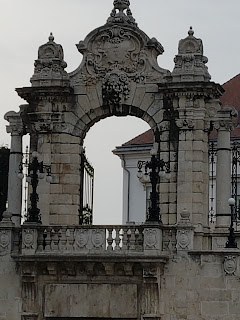 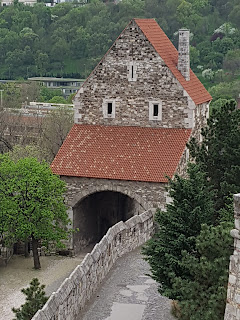 One of the buildings attached to the Castle 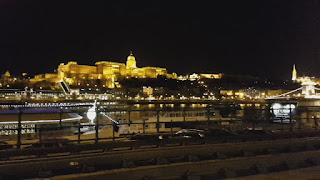 The view of the chain bridge, the Castle and St. Mattias at night.  The picture doesn't remotely capture just how beautiful it was.

Posted by Paths toexplore at 14:58