O What a Time 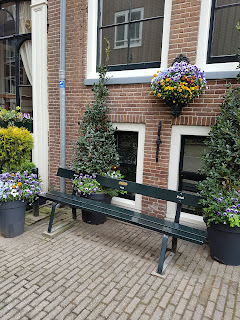 April 27 is a national holiday in The Netherlands to celebrate the King’s birthday,  one ought to wear some orange and certainly plan to attend and participate in the festivities.  There were likely well over a million people on the streets and party hardy seemed to be the theme.  Public transit was the only way to travel so we all hopped on a train and headed to the city centre where things were well underway.  There was a wall of people on the streets and in the canal boats.  There were interesting home made flotation things that were basically planks on floating devices powered by a motor and looked like you could go for a swim at any moment if you were not super careful.  But the atmosphere was definitely one of celebration.  And yes we all donned some orange to blend in with the crowd.  We wandered Dam Square, city centre, roamed the alleys and finally found the Red Light District and strolled through. 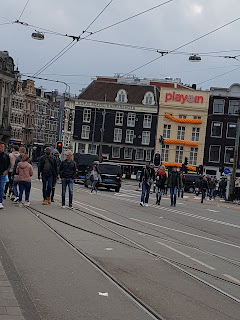 Lots of orange decorating the buildings 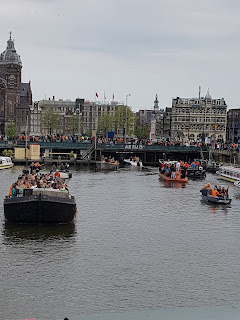 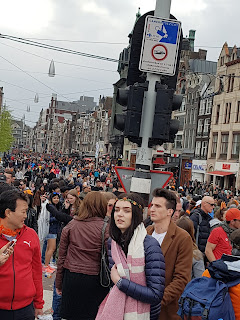 The view of one of the streets filled with people 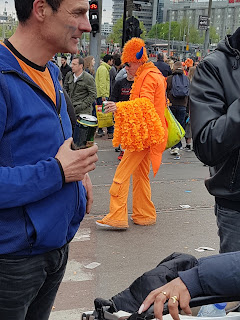 This guy was totally into the colour of the day! 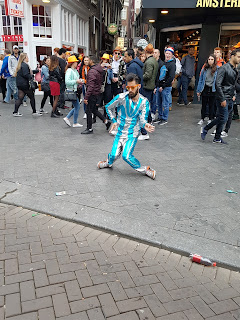 One of the buskers 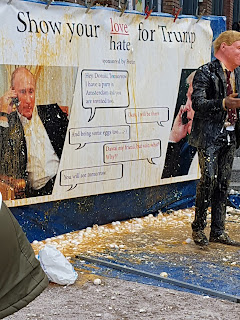 Love or hate, here was the opportunity to express your feelings 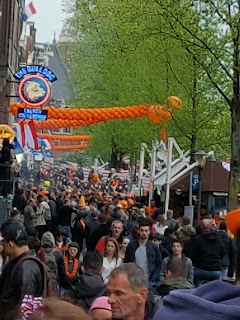 Lots of orange and lots of people 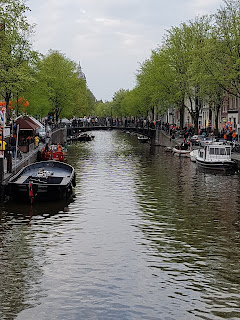 Today, both DH’s decided to give the morning, that my friend FC and I had planned, a miss.  We headed out to go to the Anne Frank House and Van Gogh Museum.  Colour us disappointed!  We arrived only to discover one must book tickets online.  They are released two months in advance and sell out almost immediately.  We were not able to go in to any of these venues.  So like the trusty GPS we went into a little coffee shop had coffee and tea with a chocolate croissant and recalibrated.  We saw the tulip museum and thought it was worthy of a stop, wandered along the canals, found a great candy shop and ended up in the museum quarter.  Here we were treated to an impromptu concert, wandered in a few stores and kiosks and generally had a lovely time. 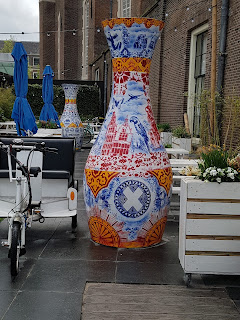 Some of the art work that could be see 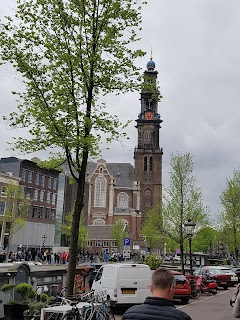 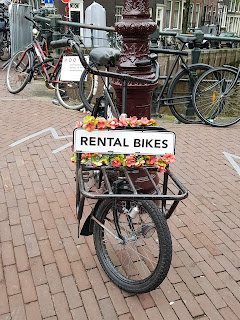 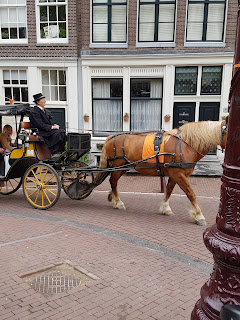 Another treat today to see this majestic animal 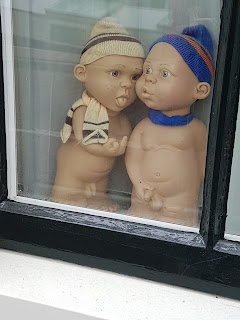 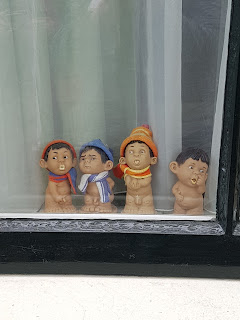 Because I am easily amused! 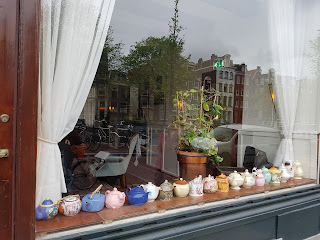 Another decorative window ledge.  A unique way to display a tea pot collection 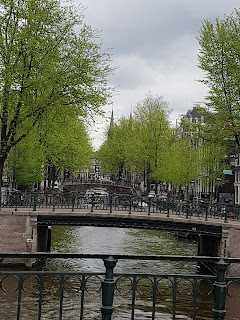 Quiet on the canal today 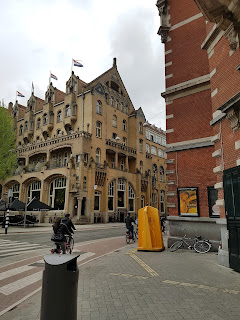 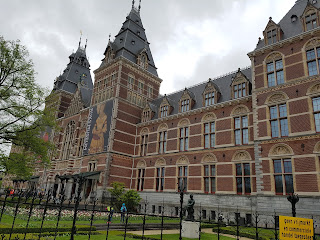 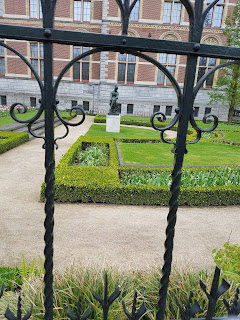 Peeking in at the gardens 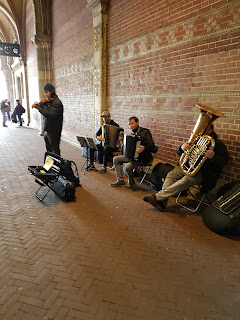 Impromptu concert and they sounded fabulous

Despite our disappointment in not seeing the two venues that we had hoped for my friend FC and I were still able to have an enjoyable day with a lovely stroll through the streets of Amsterdam.