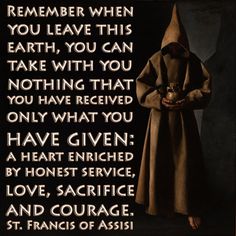 The simplicity of this mountainside city and the beauty of the view below was breathtaking.  To call it the City of Peace was not an understatement as we leisurely strolled up and down lanes window shopping, wandering from one church to another, looking on with awe, stopping to pray and meditate.  Tourists were few in number, most who were present today were stopping to offer prayer or sit quietly.  Noisy people were soon shushed by someone nearby.

Words alone are inadequate to describe participating in the mass at St. Francis Cathedral surrounded by the beauty and majesty.  The sung parts of the service were done acapella and it sounded fabulous as it soared to the rafters and echoed throughout the building.  It was enough to bring tears to the eyes.

Peace here is about living in simplicity and harmony with all of creation.  This was the goal of Francis as he renounced his worldly life and the comforts that he had known.  The cross that he used is unique to the order The tau is the sign used by St. Francis to wish peace to all he met. It looks like a T. In the Old Testament, it is the last letter of the Hebrew alphabet.  It was much in evidence at many of the local gift shops and was certainly prominent on the lawn of the Cathedral 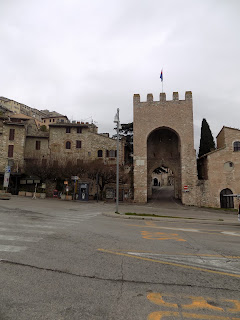 The gates of Assisi 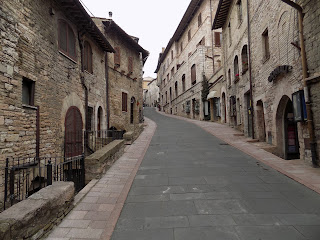 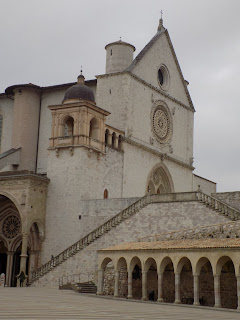 Side view of the Basilica of Francis 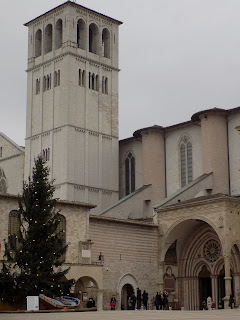 Side view and entrance of the lower part of the Basilica 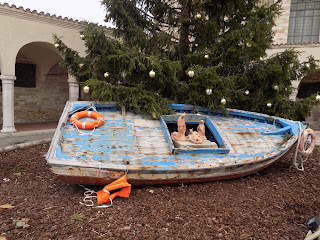 A most unique nativity 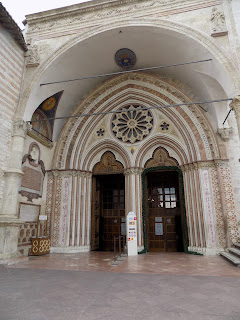 Entrance Doors (this is as far as the camera was allowed) 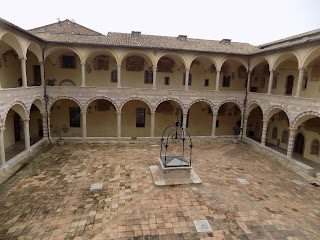 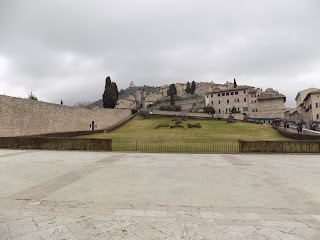 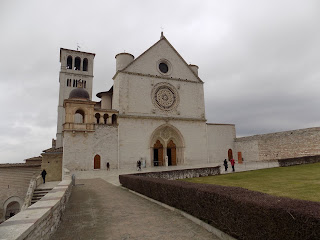 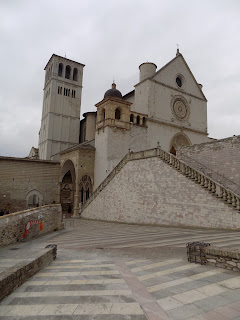 Trying to capture all of this place 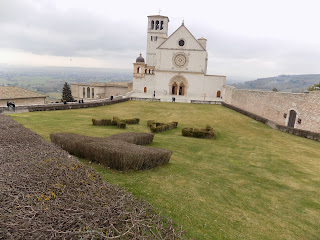 Looking directly at the Basilica, note the Tau Cross and Pax 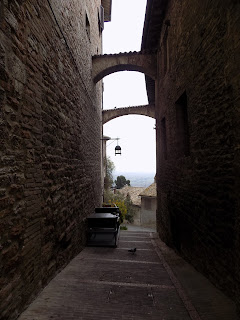 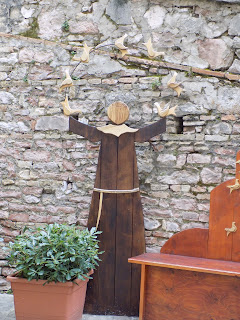 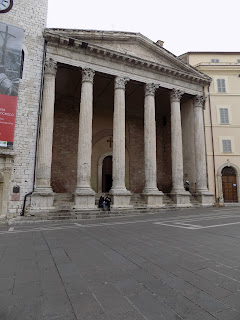 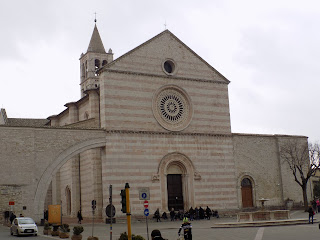 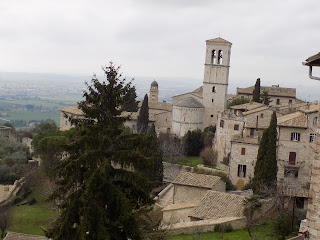 The view of the village of Assisi 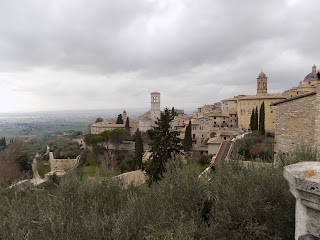 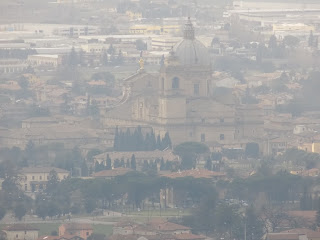 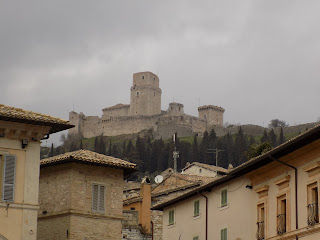 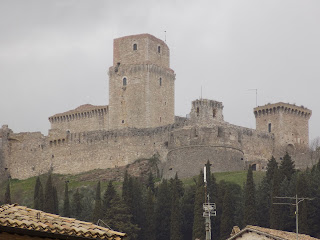 Perched on top of the mountain 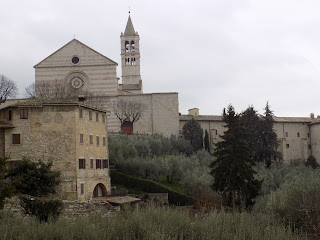 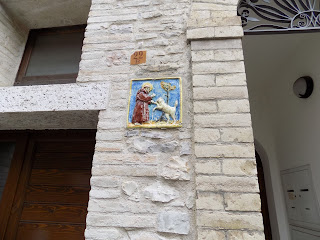 Preach the gospel at all times, and when necessary . . . use words.

Posted by Paths toexplore at 08:44