As we Clue up 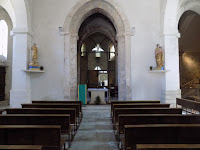 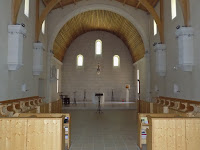 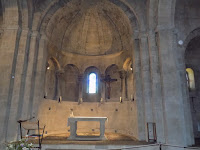 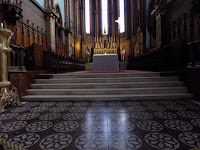 We are nearly finished our time here in France and as we prepare to pack up it is a good time to reflect on the memories that we have made, the spiritual insights gained and the impact that it will leave on us.  When we started our journey, we knew that spirituality was a key component but beyond that we had no idea of how it would all unfold.  We left Canada, nearly two weeks ago with an itinerary for to follow.  We did very few of the itinerary items.  Instead we made new discoveries, which took us from the highly publicized places, to more obscure locations.

So I learned that :


The bonus of doing it this way is that we were able to appreciate the richness of the majesty of all that we saw and enjoyed.  The simplicity of the Cistercian Abbeys to the richness of St. Michael de Frigolet highlighted for us that the surroundings will add to being able to center the self and every forum has a unique gift to offer the seeker.  The people that we encountered in passing were visiting for various reasons and even if they were not particularly seeking perhaps they could sense the divine at work.  These places have stood the test of time, and while they may not draw the same numbers of congregant worshipers, they are a reminder of the devotion that people have to erect such magnificent structures that are still a refuge for many pilgrims.


In a few days we will return home, we did not succeed in visiting Lourdes, the grotto of Mary Magdalene or LaSallette but we are just as richly filled with the time spent in the places that we were able to explore.  We wandered far off the beaten track, bypassed the areas with the large attractions and instead discovered these gems.


“Adults follow paths. Children explore.  Adults are content to walk the same way, hundreds of times, or thousands; perhaps it never occurs to adults to step off the paths, to creep beneath rhododendrons, to find the spaces between fences.”  Neil Gaiman, The Ocean at the End of the Lane

Posted by Paths toexplore at 07:43