The best laid plans are subject to change!  Edmund and I are finding it difficult to adjust to the time change and trying to convince our bodies that we need sleep is proving quite a challenge (locally it is midnight but only about 6 p.m. by the body clock).  When we are ready to sleep we hear the locals all beginning to stir and move around as they get ready to embrace the day – we want to embrace the bed or at the very least an extremely large pot of coffee.

So neither of us were up to going far today.  As a result we have little news and few pictures.  We made sure however that we did not under any circumstances nap!  Although this concept of everything closed from 2 pm until at least 4 pm for rest time certainly has merits!

So today was an exploration of St. Didier and Pernes les Fontaines once the heat of the day started to lessen.  We stopped at a lovely watering hole and tried beer that is made in the region.  Mine was a blonde beer and Edmund’s the Red. 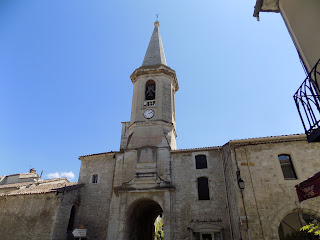 Bell Tower and Gate of the Town 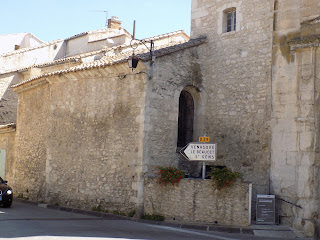 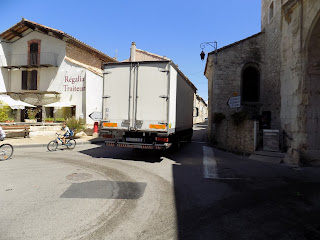 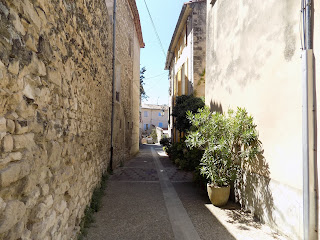 Yes the transport passed cars in here.  Quite a driving feat 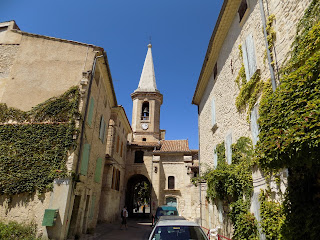 the courtyard inside the gates of the tower 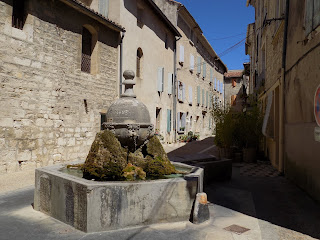 There are no shortage of fountains here.  At one time these were for drinking and conservation of water 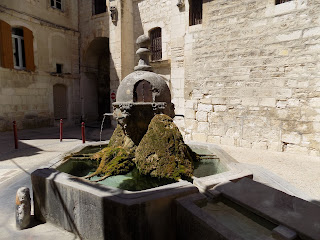 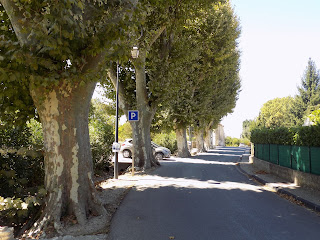 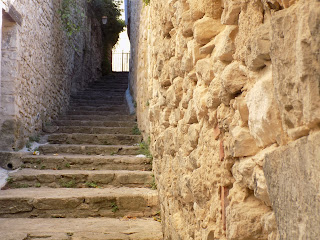 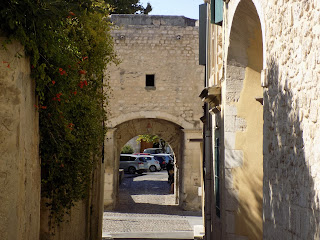 A view of the Pont de Notre Dames.  Looking through the gate you can see the courtyard that houses are built around and are now used for parking 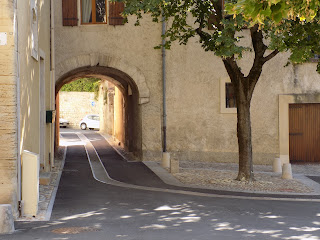 And after we got home we had a visitor from the neighbourhood.  The kitty stopped to rest in the shade of the window sill and looked in to see what Edmund was cooking for supper! 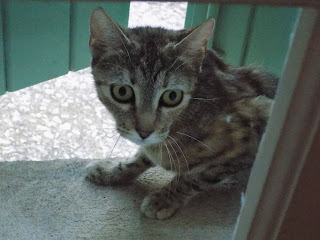 The Tide Rises, The Tide Falls


Darkness settles on roofs and walls,
But the sea, the sea in the darkness calls;
The little waves, with their soft, white hands,
Efface the footprints in the sands,
And the tide rises the tide falls.


The morning breaks; the steeds in their stalls
Stamp and neigh, as the hostler calls;
The day returns, but nevermore
Returns the traveler to the shore,
And the tide rises, the tide falls.
Posted by Paths toexplore at 13:32