Look to the Horizon

The Garden of the Tourist information office at Pernes les Fountanes has an art exhibition.  The art is all from recycled material.  Here are a few of the samplings.  Edmund took these pictures while he was waiting for me.  I was getting information from the awesome workers in the tourist office.  They also translate instructions for you in a pinch! 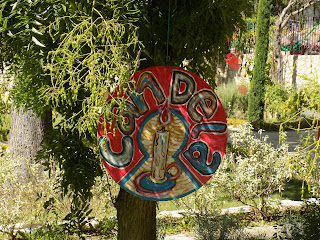 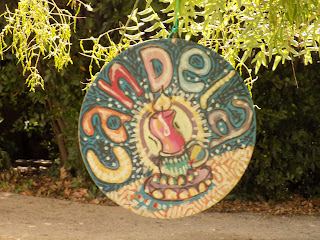 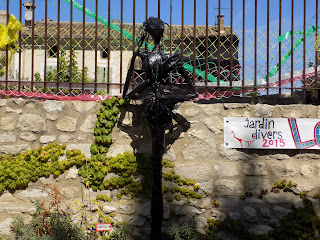 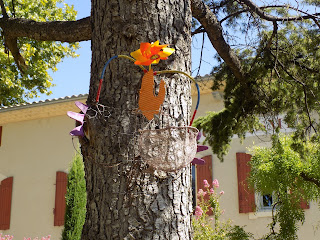 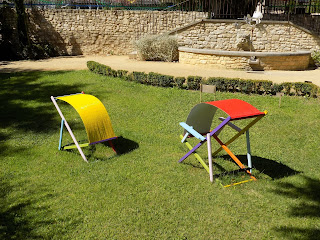 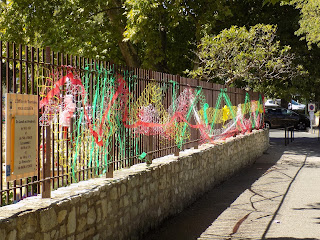 Today we went to the other side of the mountain, no not the other side though there were times when I thought that might be a distinct possibility.  Look to the horizon was definitely the mantra to live by today as we headed up the mountains to the Abbey near Ganagobie.  The drive there was lovely through some country roads that gave spectacular views of hill top villages. 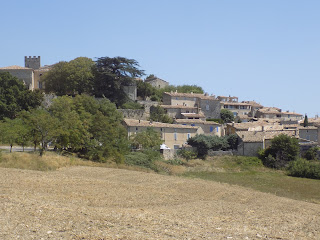 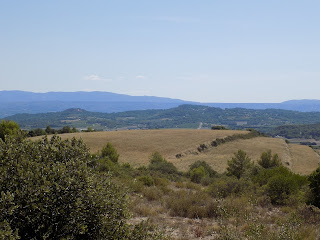 We are in farmland, very few vineyards today 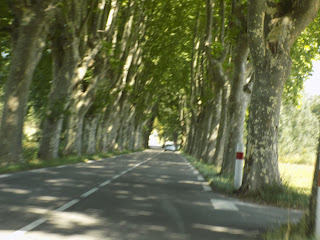 The tree lined roads that we drove through 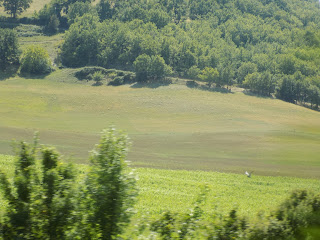 Again the view of the fields 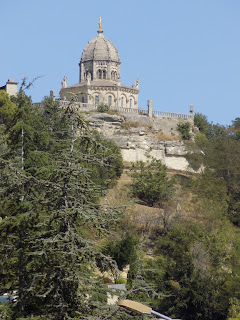 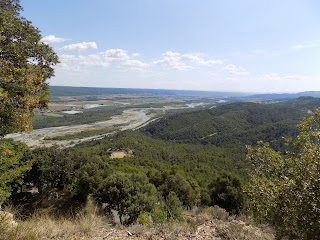 A view of the river below 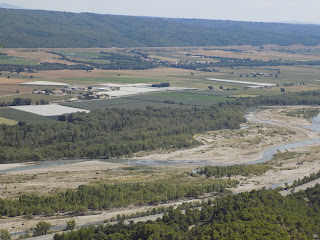 And the river and farmland

However the last two and a bit kilometers was like driving three letters of the alphabet S (sometimes in its backwards form), U (there were a lot of these) and V (hairpin sharp curves).  There were times when I held my breath.  On this journey about spirituality I find I am encountering a lot of moments of faith.  Edmund reminded me that my mantra is supposed to be “Let Go”  but today it was definitely “Don’t look down” perhaps I would have been better with the constant reminder to look up because I definitely looked down….a lot….not a good idea on the three letter alphabet road with no shoulders.  I won’t even talk about passing other vehicles…….

The journey was worth it though.  The Abbey, situated on the mountain top was gorgeous.  There are only two hours each day that it is open to the public so it was buzzing with tourists.  It was interesting to sit in the chapel and observe, after having given thanks for the safe arrival and offering a fervent prayer for a safe trip back down that hill side.  There were those who came because it was a tourist stop and they posed foolishly at times for pictures, ate a picnic lunch outside and chatted.  Then there were those who quietly sat in the corner in deep contemplation and were sometimes moved to tears.  Then there was the enthusiasm of a little boy of about seven who bounced in, solemnly removed his sunglasses, picked out his candle and waited for his mother, candle in hand, ready to light it and give a token of appreciation.  He bowed his head momentarily and then was done.  It was a sweet moment. 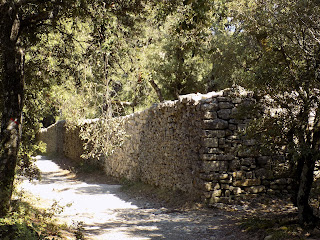 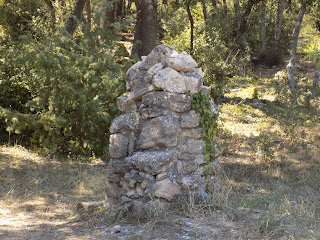 Edmund thought this was interesting, I thought it was a pile of rocks.  No imagination after that drive up the mountain!!! 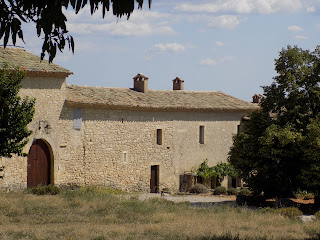 
As we approached the chapel, after a little walk through some woods we were immediately struck by the beauty of this building, seemingly in the middle of nowhere, high on the mountain top.  Over the wooden doors carved in stone was the twelve disciple and above that the symbols of the gospel writers. 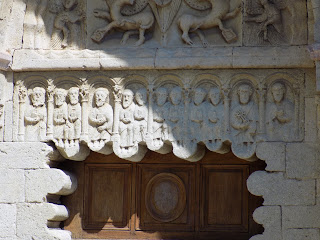 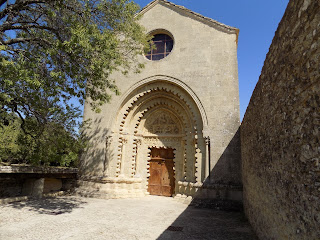 The first sight of the church.  The smell of incense was powerful as you opened the door and got the first glimpse inside 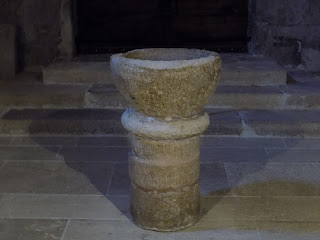 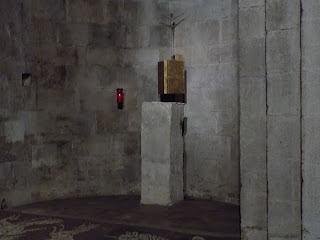 There were also two small chapels, one for the Adoration of the Blessed Sacrament ( seen above) and the other set aside as the chapel for personal prayer and penitence. 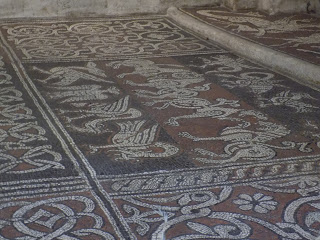 The mosaic of the floor was amazing with the intricate detailing of tiles about one inch square. 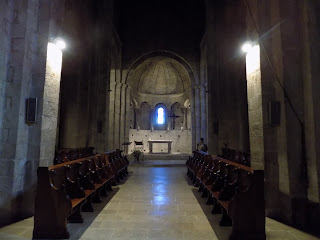 The chapel is all stone with wooden seats and pews.  The windows colored glass to let in the natural light.  The simple beauty of the place was awe inspiring. 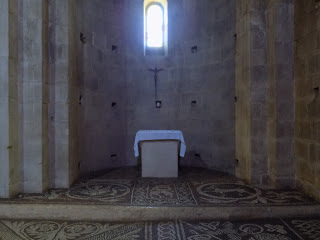 The small chapel for personal prayer and penitence 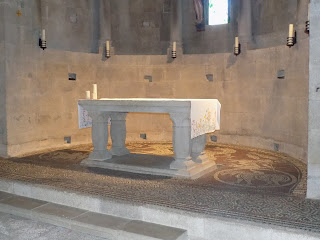 The focal point was the altar over which hung a crucifix which again looked like it was suspended in the air. 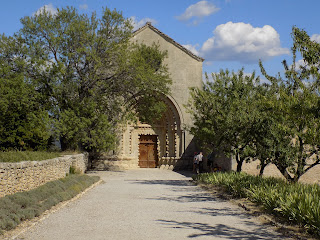 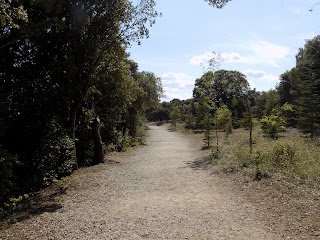 The road through the woods.


After our visit we prepared to come back down the mountain.  There were two young people looking for a ride down.  We offered them the backseat and they were quite happy.  They had parked quite a distance away and hiked in the heat of the day and to avail of the cramped back seat was a great relief for them.  They were from Paris, on holiday, visiting sites of note. 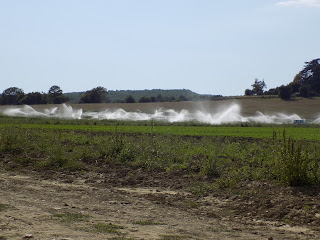 A field being irrigated, this was on a detour on the way back.  There was an accident on the route we were supposed to take and we had to take one of the farming roads.


In the face of doubt, confusion and dread the road we travel can hurt and confuse and we will definitely be challenged but we are reminded to not give into despair but to look to the horizon with hope.  Leonard Cohen in his song Hallelujah writes of hope and perseverance in the face of a cruel world but holy or broken, there is still hallelujah and today fearful, doubtful there was a glimpse of the holy and there was an Hallelujah!

I did my best, it wasn’t much
I couldn’t feel, so I tried to touch
I’ve told the truth, I didn’t come to fool you
And even though it all went wrong
I’ll stand before the Lord of Song
With nothing on my tongue but Hallelujah