Memories of My Father’s Cup 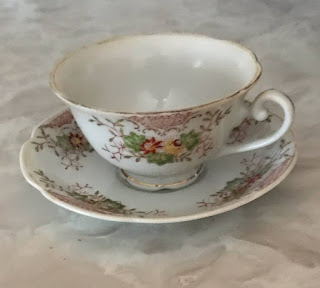 
Every now and then and for no particular reason memories pop in my mind.  Sometimes they relate to a particular event, date or experience and other times they are random, seemingly  coming to mind for no apparent reason. As I was driving home one evening I had one of these random thoughts and I began to think about my father's tea cup.

Now tea for my father was an event.  It rarely meant tea alone.  He liked to have something to accompany the hot beverage.   It might be crackers (with lots of butter), tea buns (biscuits here on the mainland) a slice of cake, a cookie or two or old fashioned plain donuts.  Yes indeed, tea was an event.  It occurred more than once throughout the day.  In fact by 10 am he would be in looking for a snack to tide him over to lunch followed by an afternoon snack or two before the evening meal and you guessed it about 9 p.m there would be more tea and goodies for him.  And as pleasant as these warm memories are the snacks were not what drew me to my memory but rather the tea cup.

My father liked his tea boiling hot, none of the luke warm tepid water for him.  A good rolling boil of the kettle was required.  The water, almost still boiling was poured over the bag in the cup.  To that was added several heaping spoons of sugar and carnation milk.  The cup was fine bone China, a proper tea cup.  No mugs for my Dad.  Apparently the tea just didn't taste right unless it was in a cup (a mug was just not acceptable).  He always complained that it never stayed hot enough.

The cup though was what I started to think about.  One memory, the cup, led to many more and certainly added a smile for me as I thought about the cup, the tea and all the snacks my Dad enjoyed.  Then there were the visitors he welcomed with a cup of tea and the willingness to share moments together over a cup and a snack.  We never quite knew who he might have invited in or what he might have had ready to offer.  Many years ago, my DH was at a meeting and he met a person who proceeded to tell him about the generosity of the people in Newfoundland.  He wanted to know where in NL my DH was living and working.  During the conversation he ascertained that my DH had in-laws in the very community that he and his friends had visited.  The man proceeded to tell my DH that they had been looking for a place to eat, saw a man sitting on the front bridge so they pulled the car in the driveway to ask him.  They were told that he wasn't sure where the best place might be in town but he was happy to give them lunch. So they went in had lunch together.   Once they finished and had a little visit they went on their way, they left with a very different but welcoming experience.  This man then told my DH the name of the man.  My DH started to chuckle and told them it was his father in-law. A small world, a shared memory.  In reality we never knew how many people my father invited in and offered a cup of tea (and a whole host of other goodies).


All of this got me wondering what happened to his favorite cup whether it was still in the cupboard at home or long gone. (As you see from above it is still there).  This prompted me to ask my mother and subsequently ask my brother to take a picture and send it.   A random thought that popped into my head on a short drive home took me on a beautiful walk down memory lane.  My Dad died twenty years ago and while he is missed every day I treasure the memories that we shared together.  The laughs, the arguments,  the tea.  I am reminded by him in our last conversation together that he is always with me because he is in my heart and according to him that was a good place to be.  So  I  smile at the memory, shed a tear as I remember and miss him and now maybe I'll go boil the kettle, find a cup and toast him with a hot cup of tea! 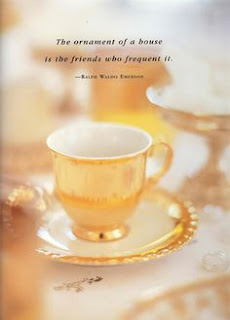 Posted by Paths toexplore at 08:16 No comments: